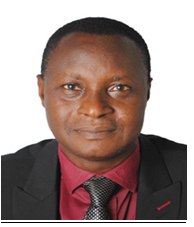 He started his Secondary Education in 1973 at Adelagun Memorial Grammar School, Odinjo – Ibadan.

He obtained his West African School Certificate (WASC) in 1978; he also attended Baptist Academy, Sheperhdill- Obanikoro in 1979.After secondary education, he worked with Lagos State Ministry of Economic Planning and Land Matters (1980 – 1981).

He resigned his appointment in 1981 and proceeded to Lagos State Polytechnic, Isolo where he obtained (O.N.D) and Higher National Diploma (HND) in Business Administration in 1986.

In 1991 he joined the Nigeria Bottling Company (NBC) Ikeja as a Supervisor in the Accounts Department.  He rose to the post of Assistant Accountant in the company.

In 1996, he resigned his appointment again to join Lagos State Board of Internal Revenue,Ikeja as Inspector of Taxes. He was later posted to State Treasury Office (STO) as Principal Accountant.

He has worked with Ministry of Finance-State Treasury Office (STO), Ikeja in the Directorate of Payroll (Centralized Payroll and Data Validation Directorate), Lagos State Staff Development Centre (PSSDC), Magodo from 2010 as Head of Finance and Accounts.

He was the Head of Finance and Accounts Department in Education District II, Maryland from 2015 – 2019.

He is currently the Director Financial Intelligence and Research Directorate at the State Treasury Office (STO).

His hobbies are table tennis and reading.

He is happily married with children.