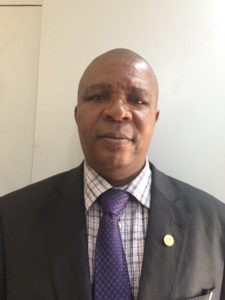 Olawoye, Samson Oluwarotimi was born in Ebute-Metta, Lagos on Friday 5th of June, 1964.

He attended St. Jude’s Primary School, Ebute-Metta for his primary education from 1971-1976 and The Apostolic Church Grammar School, Orishigun, Ketu where he obtained his West African School Certificate Examination in 1982.

He worked briefly with some IT Companies before joining the Lagos State Government as a Computer Services Assistant GL 08 on the 14th January, 1994 and rose through the rank to become the Chief Data Processing Officer (GL14). He was among the frontier trainees during the Oracle implementation in Lagos State from year 2000-2004.

He has attended so many courses both within and outside Nigeria amongst which is The University of Oracle in Dubai where he obtained Oracle Certificates in three Modules in July 2010.

Olawoye has served in various capacities and offices before his deployment as the Head (Information Communication Technology) Unit in the State Treasury Office.

He is happily married with children and a grandson.